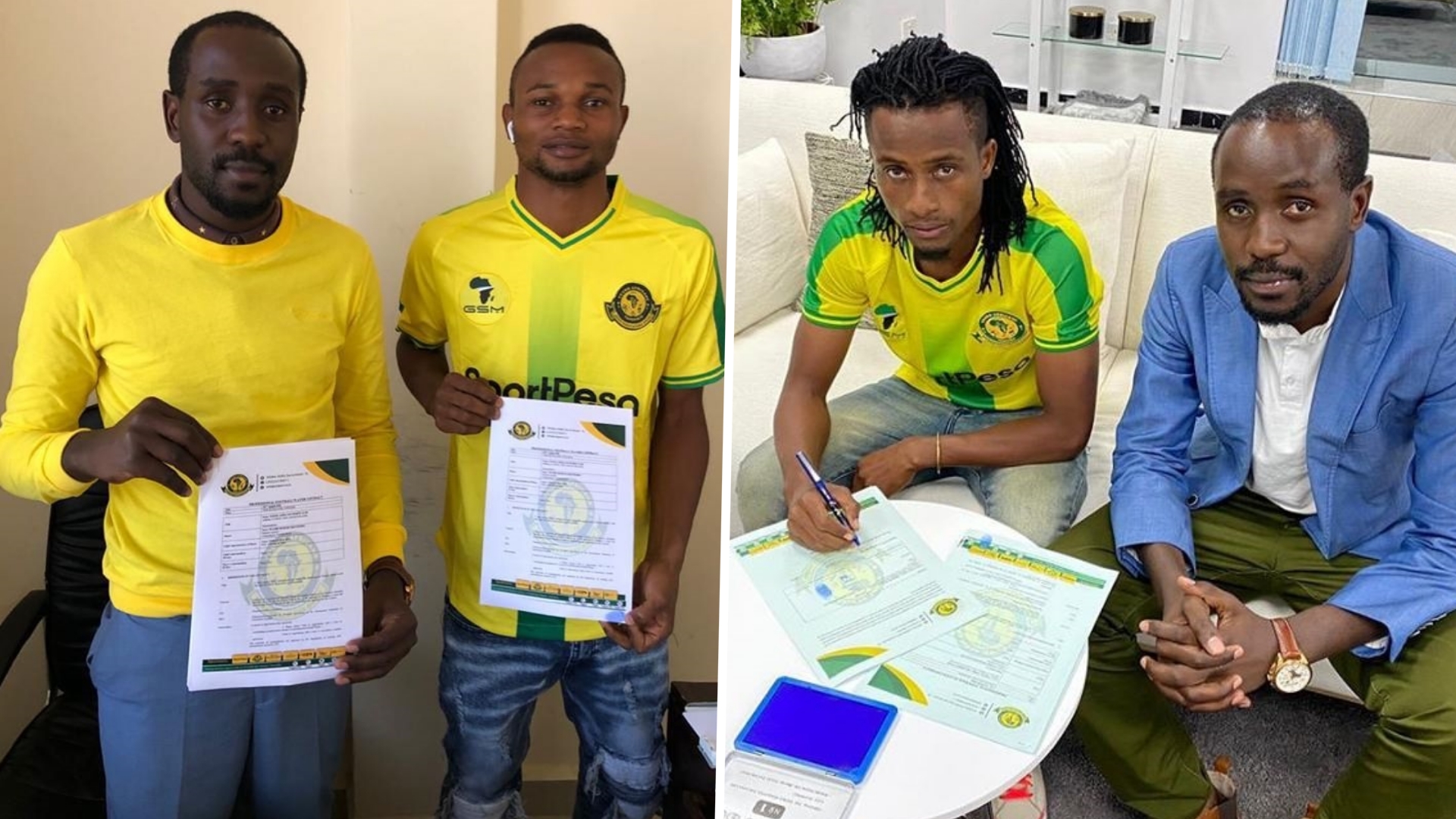 Timu Ya Wananchi have added more new signings to their ranks, with two new arrivals announced on Sunday

Yanga SC’s strengthening mission continued with the club completing the signings of Waziri Junior and Yassin Mustapha on Sunday.

Junior is the first striker Yanga have signed in the ongoing transfer window after the Tanzanian had a promising season with relegated Mbao FC.

He has signed a two-year deal, and is expected to represent competition for David Molinga and Ditram Nchimbi.

Junior scored 13 goals in the Mainland Premier League and two in the relegation/promotion play-offs, which they lost to Ihefu FC.

Yanga had initially planned to have Junior sign his deal in Dar es Salaam, but when they got wind that Azam FC were trailing the forward, the club’s treasurer Simon Patrick travelled to the forward’s residence and duly secured his signature.

His arrival is set to cast more doubt on Gnamien Yikpe’s future at Yanga with the Ivorian struggling since his January arrival from Gor Mahia.

Yanga have struggled to find a prolific goalscorer, and their experiment with Juma Balinya – a 2018/19 Ugandan Premier League top scorer with 19 goals – did not work before they signed Yikpe.

Meanwhile, left-back Mustapha has signed from Polisi Tanzania for two years, and becomes Yanga’s fourth new signing of the window.

He is expected to fight for first-team positions with Adeyum Saleh, who was signed in January from JKT Tanzania.

Saleh was preferred in league games more than his rival Jaffery Mohamed, and Mustafa’s arrival is set to give the incoming coach a larger pool of selection for that position.

Timu Ya Wananchi had confirmed the acquisitions of Peter Mauya from Kagera Sugar and Bakari Mwamnyeto from Coastal Union.

Finally, Kagera Sugar have moved with speed to tie down head coach Mecky Maxime with a new contract to prevent him from moving to Yanga.

The record league champions had already approached the tactician with an aim of making him an assistant coach.

Yanga also had made their intention of signing full-back David Luhende and goalkeeper Ramadhan Chalamanda from the Sugar Millers known.

The two have been given new contracts by Kagera Sugar in a bid to keep ambitious Yanga away.

“It is true the coach [Mecky Maxime] and the players had offers from elsewhere but we gave them new contracts and they will be part of the team for the next two seasons,” Kagera Sugar’s General-Secretary Ally Said told Mwanaspoti.

“Awesu Awesu [who has joined Azam] and Mauya had better offers that we could not match and that is why we let them go.”

The Tanzanian transfer window will shut at the end of August.